In Memory of
Brian Richard
Webb
1957 - 2021
Click above to light a memorial candle.
Memorial Candle Tribute From
H.L. Cudney Funeral Home
"We are honored to provide this Book of Memories to the family."
View full message >>>
Send Flowers
Plant a Tree In Memory of Your Loved One
Click Here
Menu

In the event that there is an error
in the information presented,
please contact the funeral
home by clicking here. 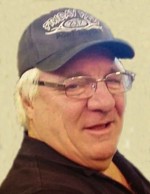 WEBB, Brian Richard – With heavy hearts we announce the passing of Brian Richard Webb. Beloved husband and best friend of Tracy Webb. Beloved father of Christopher (Kristen), Eric (Sherri) and Jessica. Cherished grandfather of Olivia, Logan, Connor, Kaylee and a grandson on the way in April. Dear brother of Gordon, Wendy (Ron), Janice, Paul (Laurie), Robert (Sandy) and Lynn (Chris). He will be sadly missed by his mother and father-in-law John and Eva Kormos; brother and sister-in-laws Patrick, Karen (Ron), Debbie (Jim), Paul (Kim), Marian (Gord), close and special Aunt Marg and his many cousins, nieces and nephews. Predeceased by his parents Chester and Bertha Webb, sister-in-law Valerie and uncle Bob. Brian worked with Zavitz Trucking Company and was an honorary volunteer Firefighter with the city of Niagara Falls, his passion was his grandchildren and taking care of his hobby farm. His chickens took up most of his free time when he wasn’t out camping or riding his motorcycle with the Red Knights of Niagara Club. He was also an active member of the Royal Canadian Legion. Thank you to the ICU nurses and physicians for all their compassionate care at St. Catharines General Hospital. Cremation has taken place and a celebration of life will take place at a later date. Donations can be made to Heart and Stroke. Online condolences available at www.cudneyfuneralhome.com.
Printable
Share on Facebook